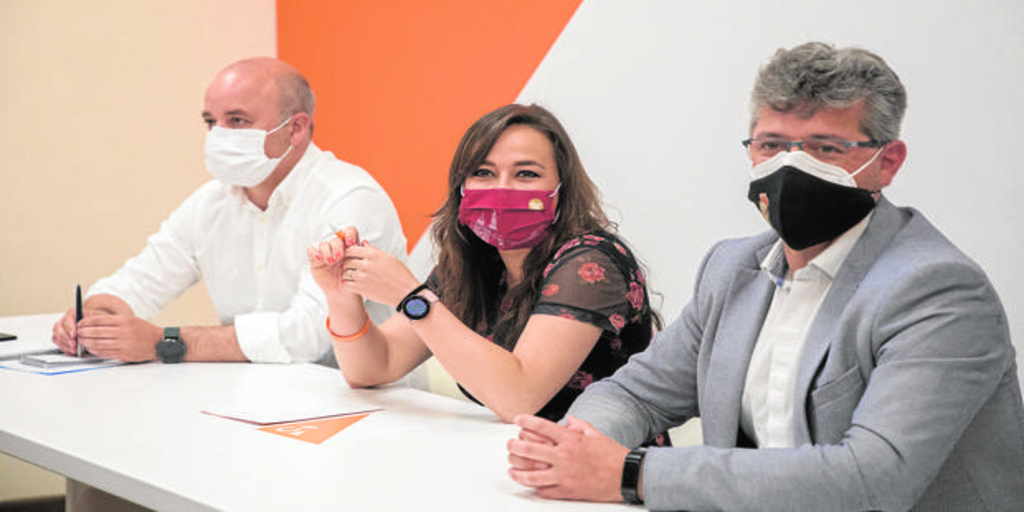 The announcement made in the ABC pages by Francisco Igea, at the time vice president and spokesman for the Board, was not expected but neither was the announcement made excessively surprising in the direction of Ciudadanos, of wanting to be the head of the formation list in the regional elections 2023. “Things from Igea” or “I did not expect less” were yesterday the comments of leaders of the orange formation who admitted that the candidacy of the number two of the regional Executive fitted them, although they also believe that there will be other applicants, so Everything indicates that the «photo» of the electoral poster will come out of a primary process.

Until that time comes, there is more than a year ahead in which both begin to take positions. Yesterday, the regional coordinator of Citizens in Castilla y León, Gemma Villarroel, stated in Salamanca that Francisco Igea is “one more member” and that “everyone in Ciudadanos is good candidates”. Villarroel referred to the internal rules of the orange formation, according to which any member has the right to stand as a candidate. “I am proud to have professionals who take the step of defending these values ​​and principles of Cs and any of our positions can represent them,” he said during a meeting in Salamanca, according to Ical. He denied that the fact that there are primary elections means that there is an “internal pulse” within the orange formation. “Each and every one of us is a team and we defend the same proposals. Politics is already complicated and polarized enough to consider this an internal contest, “he valued.

«You have to add»

In the same way, he pointed out the concurrence as “a process in which many valid people present themselves to be leaders of a project and the affiliates vote in conscience.” But up there. Then you have to add, make a team and unite, which is how things are carried out, not with contests or confrontations, “he settled. Villarroel.

More eloquent was the spokesman for the Parliamentary Group, David Castaño, upon learning of the intentions expressed by Igea: “I expected no less.” “He has a project and wants that eight-year cycle”, he pointed out in statements to ABC, while acknowledging that “it is a bit early” to talk about candidacies and, in any case, “will have to appear in the primaries as any affiliate who has been in the party for more than six months.”

Castaño believes that “someone else will consider running”, but clarified that “if there are powerful candidates, they enrich the party”, a qualifier that, in his opinion, serves to Francisco Igea: «Of course he will be a powerful candidate; he is my vice president. And he clarified that he is not afraid of the primary process, despite the fact that in the orange organization some have been convulsed, such as the one that confronted Igea with the former president of the Cortes and former popular, Silvia Clemente. However, for Castaño, the primaries “are in the party’s DNA” and although “there may be some isolated case that shakes up the organization”, in general “it allows us to face different sensitivities and that is always good.”

For now, what is already clear is that Igea is placed on the starting grid to become the candidate of Citizens for the presidency of the Board. He will have to go through a primaries and in that he already has plenty of experience after more than two years ago he stood up to the national leadership of the party that opted for the former councilor of the PP.

But apart from a surprise last-minute candidate, it seems clear that the current regional coordinator, Gemma Villarroel, could be in the race. Moreover, the national Executive and the Ines Arrimadas They have encouraged the Leonese and her team to take a step forward in these difficult moments for the formation.

Villarroel, for the moment, has not wanted to discover his letters, although he has been on a tour of the Community for weeks to make himself known both in his own organization and in society. It has already passed through several provinces, in June it will stop in Zamora and Valladolid and in July, in Palencia. After the summer he will participate in the National Convention of Cs and from September he will resume his agenda with the challenge of having been in all the provinces more than once. However, knowing that Igea is presented as a tough rival, she prefers leave your option in the air waiting for time to run, 2023 is closer and, if the chances of being a candidate are few or another alternative arises, fold sails and stay in the rear while waiting for better times.