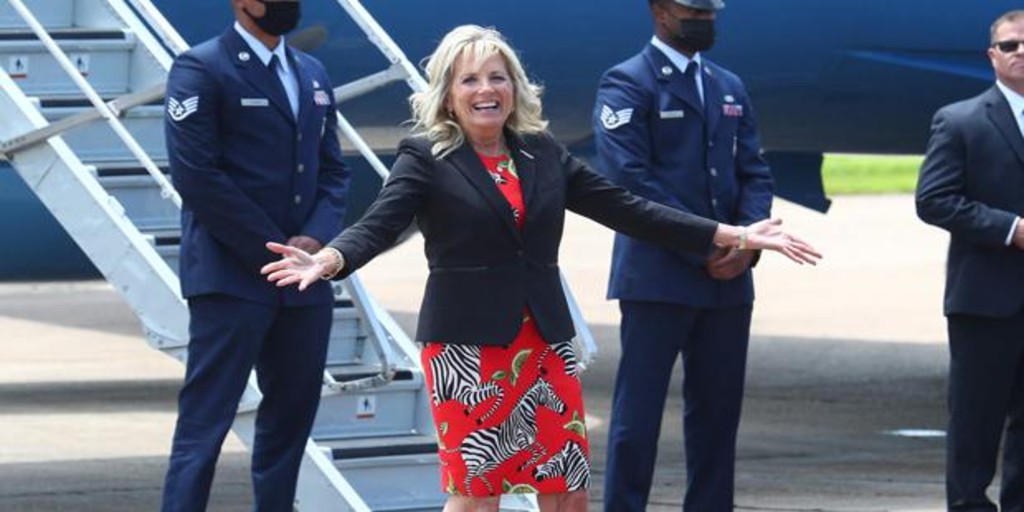 The magazine ‘Vogue’ once again considers that the first lady of the United States deserves to appear on its cover. Jill Biden, the wife of the current US president, will star in the August issue, as just learned. It’s no surprise that US President Joe Biden’s wife is blessed by the ‘fashion bible’. It’s a tradition that dates back to the time of President Herbert Hoover in the 1920s.

A name is clearly missing from the list: Melania Trump. The only first lady to make a living as a model has not, however, earned the honor of the cover of ‘Vogue’. And not because it didn’t make an impact on the world of fashion: she has left much celebrated wardrobe choices to be remembered, such as the sky blue Ralph Lauren dress she wore at her husband’s inauguration, the Givenchy floral design of her choice. in the visit of the Kings of Spain in 2018 or the ‘explorer’ outfit, wearing a Panama hat, at the pyramids of Giza, in Egypt (others, such as the jacket with the legend ‘I don’t care, ya ti?’ en a visit to a detention center for immigrant minors, were controversial).

The reason for his veto is that the head of ‘Vogue’, Anna Wintour, He preferred to skip tradition before putting Trump’s wife on the cover. “I do not think this is the time not to take a position,” Wintour justified himself in 2019 on the absence of the first lady, amid the political turmoil in the United States.

It is unclear if those turmoil has subsided, but the first lady has returned to the front page. Jill Biden will appear in a flowery suit, a broad smile and a friendly headline: “A First Lady for All of Us.” Inside pages, an interview also a friend in which she explains the reason for Joe’s victory: “When I now travel the country, it feels like people are breathing again. I think that’s part of the reason he was chosen. ” The magazine includes an interview with the president, who says he misses romantic moments with Jill now that they live in the hectic environment of the White House. “I’m very proud of her,” says Biden in the usual polite ‘Vogue’ treatment of the first lady Melania was denied.