“We are the result of the questions we ask ourselves”


I had always thought that every adventure begins with a yes, but the coronavirus has taught me (us) that true adventures begin with an “I don’t know.” And it is that for the first time we have not only run out of references, it is also that we have no expectations.

I once heard a psychologist say that even if he could, he would not prevent his children from suffering. As a father, his love was so great that he did not want to prevent his children from growing up, and it is that many times behind the suffering lies growth. And this year, we have suffered. Much. To begin with because since we were little we have been taught to win: prizes, games, good grades, money … but nobody teaches you to lose. And this year many we have lost a lot. And I’m not just talking about the freedom to go outside whenever you want.

I mean people, relationships, jobs, health … I personally have lost three very close people and two very important relationships. This whole situation has brought out the worst in me: I did not know that so much anger and sadness could accumulate in such a short time. The good thing is that there was so much that I could not ignore it and I had to work on them. Accept that I am vulnerable. And that I also break. The good thing is that light enters through the cracks.

And that light It has made me understand things that I did not understand before, such as that sometimes during this time I have not brought out the best in me, but I hope I have brought out the worst, we react badly because we are not well. Clearly. And part of the worst was the expectations. Of the others, of me, of how everything had to be.

For the first time we do not see the light at the end of the tunnel. So we have to learn to live without expectations, from the acceptance Y experimentation. Like when you were little and you played in the dark and you were groping experimenting, not following a plan that clearly can fail.

We are the result of the questions we ask ourselves. So instead of wondering why we’ve been through a pandemic and thinking about conspiracy theories, we can ask ourselves “why.” Since we have passed it, what use can it be for us? I personally hope that all this serves me so as not to miss the real to look for an ideal. And as we learn, I also ask myself for this year to stop playing to win, to be more right and to put the same effort to win, but to have more heart. 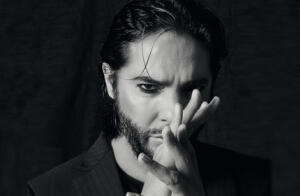