“We have overdone the emotional dose”

Now, to survive as citizens of a «post-procés» Catalonia and see how our politicians survive in the new political map.

How are the emotions? 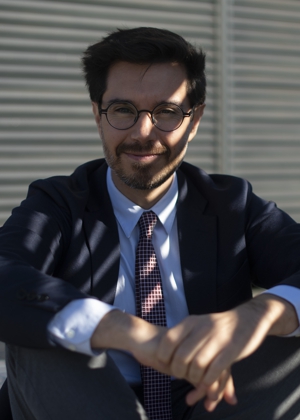 Toni Aira Foix (Barcelona, ​​1977) is a journalist and professor at Pompeu Fabra University. He was directing the PDECat communication engine room (2017-2018) and in the strategic committee of the JpC campaign for the 21-D elections (2017). He has just published the book «The politics of emotions» (Harp).

Yes. Jaume Vicens Vives already said it. We have lost our balance. In the book (“The Politics of Emotions”) I explain that an important part of politics has lost that balance. Not only in Catalonia. Hence the political leaderships that emerge: they are very good at winning elections, but not necessarily good at governing. This is what has happened in Catalonia.

Who is our Catalan Trump?

Does not exist. Nor is there a Spanish Trump. Abascal and Vox are not Trump’s model. Moreover, the Vox space in Catalonia, who has best represented it, in one part, has been Cs, more than the PP. And there is part of the success of Cs. They have been the most polarizing. Against the independence model, the clearest was Cs.

There was a beer ad that said, “To go on, stop.” It is necessary to stop the ball, in football terms, to see where to kick it. Strategy is missing.

We are in permanent campaign.

Christian Salmon explains. Stories are no longer constructed. We live, no longer in a permanent campaign, but on permanent election day. Everything centers on a “pim-pam-pum” with the language of being at the foot of the polls.

There is no tomorrow.

Our time is the present continuous. As if there is no tomorrow, but also as if there is no yesterday. What happened yesterday is no longer valid for today, and what happened today … To overcome this we need time, which we do not have. But governments do and they can give it.

With stable and lasting agreements. With a strategic construction vision. This is what PSOE and Podemos have done.

Yes. To build something. PSOE and Podemos did not want to agree. But they understood that it was the best for them. Time for the opposition to wear itself out and allow them to build.

It will go through breaking the blocks. Junts and ERC cannot stand each other and, if they can, they will not rule together. The 14-F elections will have consequences for both of us. Whoever loses will either be fragmented (Junts) or will have to assume a certain internal rebellion (ERC).

Are we a “homo sentimentalis”, as Milan Kundera says?

Yes, I mention it in the book. We are not “homo sapiens sapiens.” Being the generation that has had the most access to information and training, paradoxically, we are more sensitive than ever to emotions. And so it is. It does advertising, haute cuisine and it happens in politics. But we have gone too far with the dose, with the point of salt. Overdoses are not good. I hope that by the law of the pendulum …