Who do the other countries of the European Union prick the Janssen vaccine? 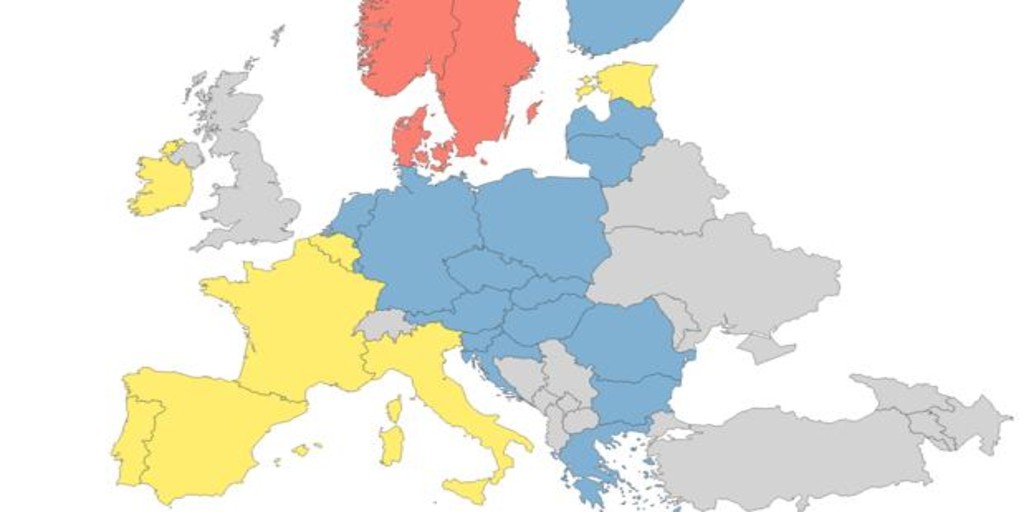 In the European Union, there is disparity of criteria in each country for the use of the Janssen vaccine against coronavirus, as is the case with AstraZeneca. From not imposing any limit to discarding it completely in the vaccination strategy, passing through restrictions for different age groups. In Spain, the Public Health Commission extended its administration to the 40-49 age group on Tuesday. Until now, only those older than 50 years were inoculated.

The European Medicines Agency (EMA) authorized the use of the vaccine from the Johnson & Johnson subsidiary in March. Very rare cases of thrombi detected in the United States delayed the landing of the drug in mid-April, more likely in the young population. The EMA, after its investigation, concluded that the benefits outweigh the risks; but it did not set restrictions on use or age limit, beyond the prescription for those over 18 years of age. Each country would set its own, if so, at its own discretion.

The disparity of criteria is remarkable. Denmark you have given up its use, as you did with AstraZeneca. Norway, a member of the European Economic Area (EEA), has also ruled out its administration. Iceland, from the EEA, is awaiting further studies on adverse effects, as reported by the European Center for Disease Control and Prevention (ECDC) in its’ Report on the implementation of strategies for vaccination against Covid-19 and the deployment of plans in the EU / EEA ‘.

On Sweden Y FinlandAlthough its use is authorized for people over 65 years of age, in practice it is not administered since other serums are being administered to the elderly population. The Finnish Ministry of Health argues that, due to the country’s epidemiological situation, with a low incidence, the risks of applying it to a young population outweigh the benefits. A low transmission of the virus means a lower probability of contagion and, therefore, hospitalizations and complications derived from Covid-19.

Poland has offered to buy Johnson & Johnson vaccines from Denmark. Poland It is one of 18 EU countries that does not impose any age restrictions on single-dose serum. However, it does restrict the use of AstraZeneca. In his case, unlike most countries with limits for Anglo-Swedish serum, the use is limited to those under 69 years of age.

Germany Y NetherlandsLike Poland, they do not set limits for Janssen, although they do impose them for AstraZeneca, for those over 60 in both countries. On Greece, with no limit for the single dose, sets a minimum of 30 years to inoculate AstraZeneca, in imitation of the United Kingdom, the country that has most widely vaccinated with Anglo-Swedish serum.

Only eleven EU countries do not impose age limits on Janssen or AstraZeneca, such as Austria, Hungary O Czech Republic.

Seven countries, including Spain, have set age limits for both Janssen and AstraZeneca in their vaccination strategy. Italy has marked a minimum of 60 years for both sera; France, 55 years old; Ireland, 50 years old; Belgium, 41 years old. In Belgium, the age limit was imposed after the death of a 37-year-old woman from severe thrombosis, possibly associated with inoculated serum.

PortugalLike Spain, it establishes a different age limit for each serum. Janssen for ages 50+ and AstraZeneca for ages 60+. In the case of Spain, for people between 60 and 69 years old. Spain and Portugal are the only countries with age restrictions with different criteria for each serum.