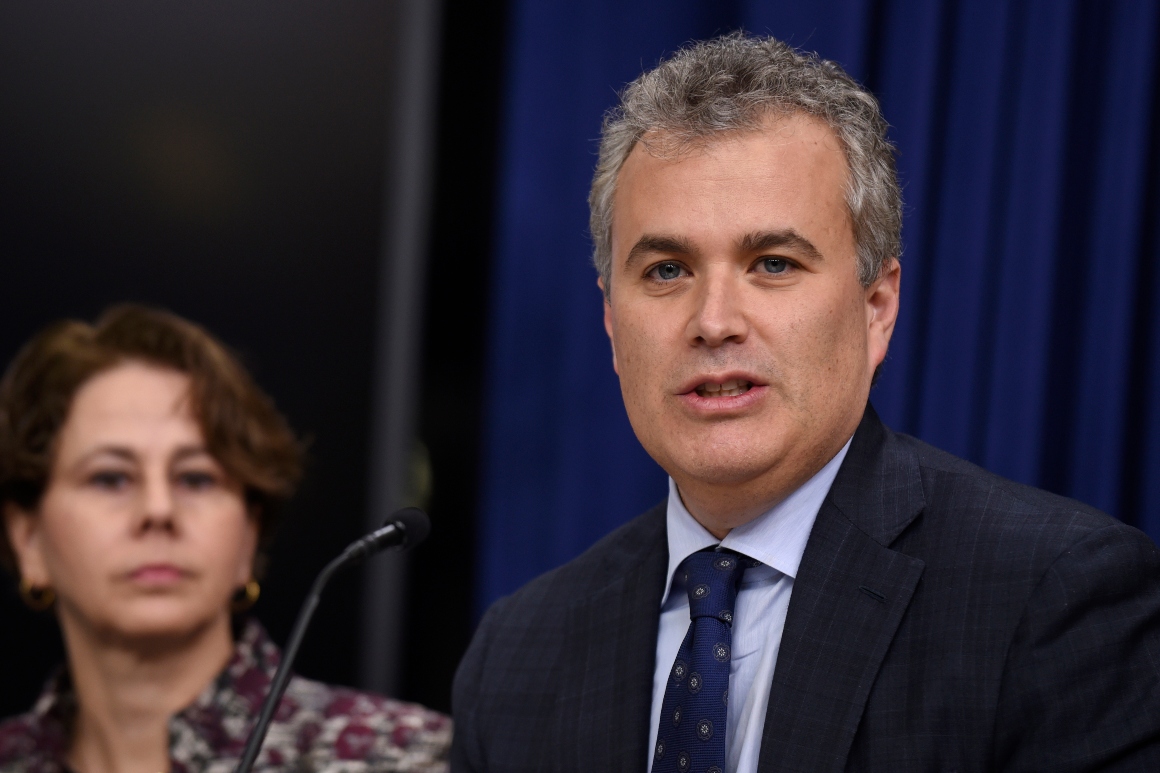 At the top of the section about Zients’ role in advocating for the Trans-Pacific Partnership that faced left-wing opposition, the firm included Zients’ argument that it was “the most progressive trade agreement there’s ever been.” His amorous quotes about Bain were deleted and replaced with a description of the company as a “management consulting firm that provides advice to public, private, and non-profit organizations.”

They added that Zients left Facebook “over differences with company leadership over governance and its policies around political discourse” although Zients has never said that publicly. The transition team has declined several POLITICO requests for interviews with Zients about why he left Facebook.

A Saguaro Strategies staffer confirmed the Wikipedia account was linked to the firm but declined to comment further. Asked whether Zients had any knowledge of the changes and if he or someone connected to the Biden campaign hired Saguaro, the Biden transition did not respond. After Transition Playbook reached out, the username was changed to Cactus78910. One user later deleted the TPP section altogether, but it didn’t appear to be politically motivated.

The changes to Zients’ Wikipedia page are hardly the first example of incoming Biden administration officials attempting to scrub or refurbish their online images, although it is one of the more clumsy.

WestExec, the firm co-founded by Biden’s nominee for Secretary of State Tony Blinken and home to other incoming officials, also deleted mentions of some of their China-related work from their website this summer, just before Biden became the Democratic nominee, the Free Beacon found. The deletions come as both parties have become more hawkish on China.

Neera Tanden, whom Biden tapped this week as his Office of Management and Budget director, appears to have cleaned up her Twitter feed in advance of her confirmation hearing, deleting more than 1,000 tweets last month, the Daily Beast reported. “Apparently a lot of people think #MoscowMitch is a threat,” she wrote in a now-deleted tweet using the epithet Democrats threw at Senate Majority Leader Mitch McConnelll.

A sudden surge of edits to someone’s Wikipedia page can be a promising tea leaf that he or she is angling for — or on the verge of — getting a high-profile political post. In June, Vice President-elect Kamala Harris’ Wikipedia page was edited far more than the other contenders for vice president and the majority of the edits were by a single person, as The Intercept first reported.

While such steps seem obvious, past social media posts have continued to generate controversies for Democrats and Republicans alike. Many Trump political appointees have been upended the last four years for past racist or cospiratorial posts. Others were blackballed for making anti-Trump comments online before he was elected president. And several staffers in the Democratic primary were privately dismissed, publicly fired, or not hired in the first place because of posting.

While a handful of Washington law firms specialize in “pre-vetting” potential Cabinet picks and guiding them through the confirmation process, lawyers don’t typically undertake tasks such as revising clients’ Wikipedia pages, according to two people familiar with the process. Such work is more likely to be undertaken by consulting firms.

But lawyers do advise clients on cleaning up their social media presences — and it’s an increasingly time-consuming part of the process. “We are seeing a lot more social media issues coming up,” said James Joseph, a tax lawyer at Arnold & Porter Kare Scholer who has advised clients and Democratic transitions on vetting.